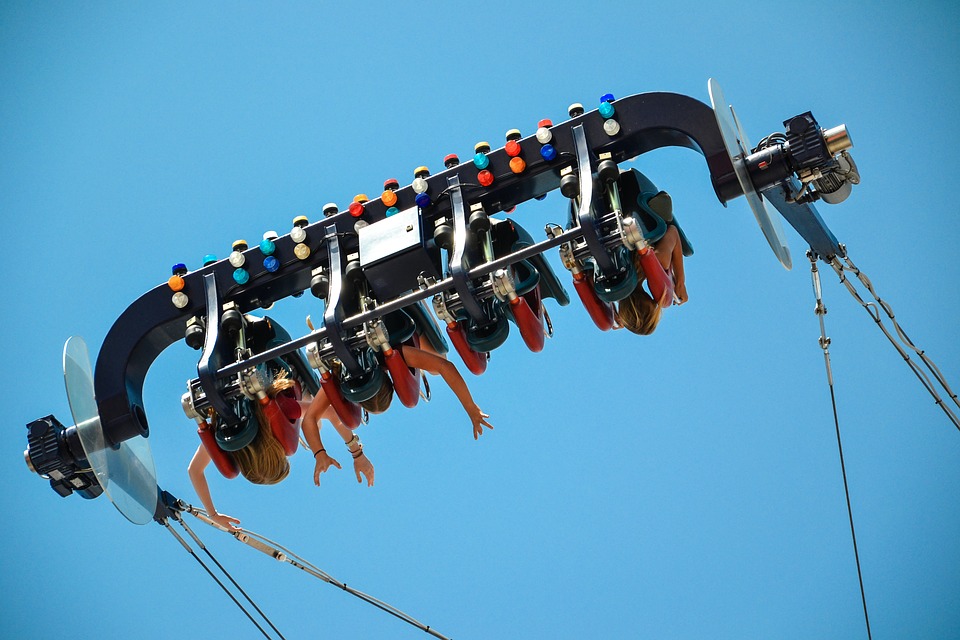 They use the principle outlined in Pascal’s Law to increase the pressure to power ratio.  This means only a small amount of pressure is necessary to create a larger amount of pressure.  Fairground rides use hydraulic power units to make our knuckles white, our faces green and scream with a combination of excitement and fear.

Modern fairground equipment uses hydraulic power units to lift and rotate their rides.  Freefall rides and drop towers benefit from the safety and control HPUs provide. Being able to control the amount of power means you don’t fly up to space on the ascent or crash into the bowels of the earth in your descent. Flight simulators remain on the ground and don’t take off to mimic the computer generated programme.

The History Of Fairground Rides

Fairgrounds have been in existence since the late 19th century providing fun and enjoyment for everyone. In the past fairground rides needed muscle power to operate in the form of young children who were given a free ride for their effort. The invention of the steam engine meant muscle power was no longer necessary. Early rides were very simple and consisted of swings and roundabouts. The development of rides was fast and furious until the onset of the First World War.

Theme parks and fairgrounds are very popular with everyone.  Blackpool Pleasure Beach sees at least 5 million visitors a year and has been voted to be the ninth best theme park in the world.  The top three theme parks in the world according to Trip Adviser votes are; Universal’s Islands of Adventure – Orlando, Florida, Magic Kingdom – Orlando, Florida and Universal Studios Hollywood – Los Angeles, California.  It safe to say that America certainly knows how to build a large successful theme park.

Hydraulic power units have revolutionised fairground rides making them safe, easy to control and keeping them in the earth’s atmosphere.  HPUs enable operators to stop and start the rides giving them complete control. This increases safety and reduces the number of accidents that may occur. Hydraulic power units stop carts and stimulators from launching into the sky due to a powerful stop mechanism.