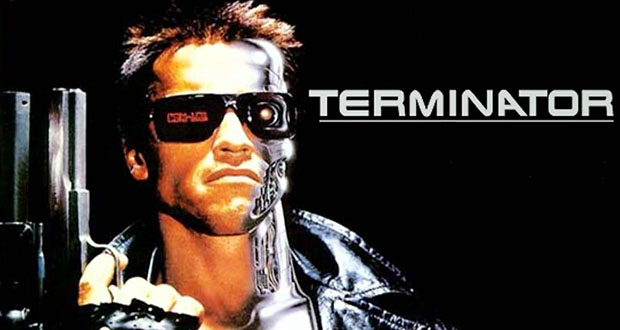 Hydraulic power units play a major role in many aspects of our lives.  We are familiar with them making it easier to lift and manouvre heavy loads and car braking systems.  They also make impossible stunts possible in the film industry. Even with the introduction of CGE hydraulic systems still play a vital role in creating amazing effects in films.

Those who enjoy the Terminator franchise will be familiar with the use of a hydraulic press which terminated Arnie at the end of the first film.  It just goes to show that old technology trumps new technology every time. In the first Jurassic Park film it wasn’t dinosaur DNA that made the dinosaurs look so real it was hydraulic systems.

Harrison Ford fractured his leg during his reprise in the Force Awakens after a hydraulic door fell off the Millenium Falcon.  Obviously, risk assessments in filmland or Star Wars land are not very vigilant. In all honestly, we are amazed that the Millenium Falcon didn’t fall apart sooner as it looks like it is kept together with gaffer tape.

Films involving ships bobbing about in the waves usually take place on dry land with hydraulic power units providing the rocking motion. The blockbuster film Titanic used hydraulic power units to great effect to create the dramatic ending sequence.  Engineers used a variety of power sources to lift scale models out of their tanks. These included diesel generators, electric motors, pulley systems and hydraulic pumps. It would have been impossible to lift such a heavy structure without the power ration of hydraulic power units.  (Source: designnews.com)

We all have a fondness for films involving animals that are able to communicate with humans who are trying to save them.  One such creature is the whale Willy who was held in captivity in a marine park in America. The plot was basically this the park was closing down and they were going to transport Willy to another tank.  However, his favourite keeper and a teenage boy decided that he should be able to swim freely in the ocean and organized his escape.

In the film, Willy was able to jump on cue and even escape the enclosure while cameras were rolling.  This amazing feat wasn’t due to the skills of whale trainers but due to robotics and hydraulics. The only sure fire way to ensure a huge whale did what was expected of him was to create whale robots.  Hydraulic power units proved the power and the thrust which allowed Willy to jump out of the enclosure and swim away to his freedom. The video isn’t from the film but this amazing creature is actually a robot or animatronic orca.

If you can think of any other instances where hydraulics are used in movies please let us know.  For any other inquiries regarding hydraulic power, units contact us and we would happy to discuss your options.