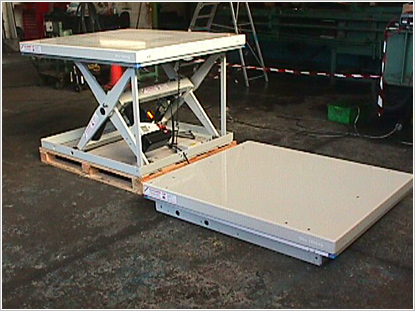 What is a scissor lift?

Scissor lifts are used across a wide range of industries including retail, service, transport and manufacturing.  They are used to lift materials, goods, or people up and down.  In everyday use you may often see them being used to load or unload trucks, being used in large supermarkets to help stack products or perhaps at your local car garage.  Scissor lifts do not use vertical supports to lift objects up but linked supports instead that come together when the lift is raised and concertina down when the platform is lowered. The speed at which they raise slows down as the supports straighten out.

It was in the 1970s when the first scissor lifts were produced but since then many safety and technical improvements have been made.  It became popular as an alternative or extra to a forklift as they were just as effective and portable but also had the ability to be packed away when not in use.

The Challenger Group stocks a large selection of different scissor lifts ranging in capacity from 50 kg to 4000 kg and are supplied to suit the individual’s needs, including options such as an electrical or hydraulic action and also varying sizes of platform. They are also available with either single, double or triple vertical scissors dependant on the heights they need to reach. We also offer extra safety measures such as a concertina mesh which can be mounted around the scissor and all lifts also all come with a safety pressure bar which stops the machine instantly in the event of something obstructing it.

Click here for information about all of our scissor lifts